This section describes some of the considerations that go into developing a reduced-form specification using weather panel data. Our discussion here will be very practical and limited to non-linear panel regressions.

See also Estimating the Economic Impacts of Climate Change Using Weather Observations for a review of the available econometric techniques and their strengths and weaknesses. Climate Econometrics provide a strong theory-first introduction to the issues implicit in climate econometrics methods. For an extensive review of the results available from the climate econometric literature and the empirical methods used to identify them, a good resource is Social and Economic Impacts of Climate.

Choosing weather variables and their forms¶

The choice of weather variables depends on the question we are trying to answer, and there are many forms to represent any given variable. For example, in the case of temperature, we can use \(T_{avg}\), \(T_{min}\), \(T_{max}\), days above 30 C, heating and cooling degree-days, or growing degree-days. Moreover, it is very important to first think about possible mechanism(s) behind a change witnessed in the environment, and then only make choices for variables that can explain that mechanism. A few of the important and frequently-used weather variables are listed below, and why we might choose them:

Temperature relationships are often preferred in climate impacts research, because temperature is more predictable than many other weather variables. There are various measures of temperature that can be used. Some of them are listed below:

There are mainly three metrics for humidity measurements: absolute, relative (often “RH”), and specific. Absolute humidity describes the water content of air, expressed in grams per cubic meter or grams per kilogram. Relative humidity is defined as a percentage relative to a maximum humidity value for a given temperature. Specific humidity is the ratio of water vapor mass to total moist air parcel mass. Human (and animal) bodies rely on evaporative cooling to regulate temperature in hot weather, the effectiveness of which depends on how much more moisture the atmosphere can currently hold (1 - RH). As a result, various temperature-humidity metrics have been developed to estimate “apparent” temperature, i.e. the temperature the current weather “feels like”:

Precipitation is highly local (in space and time), non-normally distributed i.e. often takes extremely low or high values (especially compared to temperature), poorly measured, and poorly predicted (see a Warning on Hydrological Variables. It is often used as a control since it is correlated with temperature. However, the strength and direction of this correlation vary significantly by region and time of year (see e.g. Trenberth et al. 2005, with implications for collinearity). Furthermore, the same care should be taken when inserting precipitation into a model as any other weather or social variable - what is its expected role? In what form should the data be? etc. Precipitation affects society differently at different spatiotemporal scales - annual precipitation may be useful for studying snowpack trends, drinking water supply, or the effect of droughts on agriculture; maximum precipitation rates may be the relevant metric for flood damages or crop failures. Remember that though means and extremes may be correlated, it’s still possible to have a record storm in an unnaturally dry year, or an unnaturally wet year without heavy precipitation. As a result, different metrics of precipitation are often used (incomplete list):

Some datasets (such as HadEX2) specialize in extremes data.

River flows are generally measured at the station-level. While runoff is available in gridded products, it is not a good reflection of water availability. Hydrological models (like VIC) can translate precipitation into river discharges across a region.

The process of interest determines how wind speeds should be measured. For example, normal speeds are important for agriculture, squared speeds for destructive force, and cubic speeds for wind turbine power. Also, consider gust velocity, which is generally available. Maximum wind speed over some time period has been used as well.

It is the difference of amount of carbon dioxide that vegetation takes in during photosynthesis and the amount of carbon dioxide released during respiration. The data come from MODIS on NASA’s Terra satellite. Values range from near 0 g of carbon/area/day (tan) to 6.5 g of carbon/area/day (dark green). A negative value means decomposition or respiration overpowered carbon absorption; more carbon was released to the atmosphere than the plants took in.

It is the sum of evaporation and plant transpiration from the Earth’s land and ocean surface to the atmosphere. Changes in ET are estimated using water stress measures in plants, and are related to agricultural productivity.

SST is the water temperature close to the ocean’s surface, while ocean temperature is related to ocean heat content, an important topic in the study of global warming. Weather satellites have been available to determine SST information since 1967. NASA and Moderate Resolution Imaging Spectroradiometer (MODIS) SST satellites have been providing global SST data since 2000, available with a day lag. Though SST has a large impact on global weather patterns, other metrics (such as El Niño indices - ENSO3.4, etc. - or various other oscillation indices) may be more useful in understanding its impact.

A wide range of metrics has been developed to understand the state of the ocean-atmosphere system at large scales. These are measured in a standardized way (e.g., by comparing temperature at two points or by extracting a mean over a region), and often have long time-series, often at the monthly level. However, they do not vary over space. Data for some of the most important are available through NOAA. Some of the most important are:

The process of developing a reduced-form specification starts with a study of the “true model”, or data-generating process, that relates our dependent variable to our weather variables. A crucial aspect of that relationship is the question of scale.

Weather data products are generally available in gridded form, developed through careful interpolation and/or reanalysis. The grids used can vary in size across datasets, but they can be aggregated to administrative units like county, city, etc., using appropriate weighted aggregation methods. Think about the scale of administrative units, relative to the scale of the grid cells. If the regions are much bigger than the grid cells, a weighted average across included cells is appropriate. If the regions are much smaller than the cells, it will probably be necessary to aggregate the regions, since the level of variation is only at the grid cell level. If the two are of similar sizes, it may be necessary to account for the amount of each grid cell that lies within each region. This can be calculated as a transformation matrix, with a row for each region and a column for each cell. Once the matrix is calculated, it can be reused for each time step. More details for this process are described in sections weighting schemes.

While doing the spatial aggregation, we need to decide whether we want to transform the data first and then aggregate it (transformation-before-aggregation) or aggregate it and then transform it (aggregation-before-transformation). This decision is based on whether the phenomenon in consideration is occurring at the local (grid or individual) scale or at the larger administrative units (country, state, county, etc.) scale. Also, it matters what variable is under consideration. For example, doing aggregation-before-transformation for temperature will distort the signal less than doing it for precipitation. This is because precipitation is highly local both temporally and spatially (it could rain for <1 min in <1 km radius area).

When an economic process occurs at the local level (for example, for individuals or households), we need first to do our estimation at the grid level. For example, to estimate the effect of temperature on human mortality at the county level, we should reckon that the effect of temperature on mortality is a local phenomenon, so the estimation should happen at the lowest possible level. Since the dependent variable is a sum of individual-level outcomes, we should write down the reduced-form specification for an individual experiencing high-resolution weather and then sum across all of those reduced forms. The result is that we need to do any non-linear transformation of our weather variables at the grid level, then aggregate these values using a weighted averaging method, and feed these into our estimation procedure.

We want to understand how local agents respond to weather shocks. Suppose that there exists an agent-level dose-response curve, \(y_{js} = f(T_{ps})\), for a socioeconomic outcome for agent \(j\), where the temperature affecting agents is in grid cell \(p\) and occurs in timestep \(s\) (e.g., if the agents respond on a day-by-day basis, \(T_{ps}\) is the local weather for a single day).

However, we do not observe agent-level responses. Instead, we have region-wide sums, \(y_{it}\) for region \(i\) and reporting period \(t\). For example, if \(y_{js}\) is death risk for agent \(j\) for a given day, we may only observe total deaths across a region in each year:

We can determine the agent-level response \(f(T_{ps})\) if we assume linearity. First, let us represent this as if we could run a regression with agent-level data, breaking up the dose-response curve into a sum of terms:

We can rearrange this to

That is, the variables used in the regression should be the sum over weather data that has been transformed at the grid level.

When an economic process is occurring at the regional level, we need to first aggregate weather variable to that level before transforming it. For example, to estimate the effect of storm events on public service employment at the administrative office level, we need to take into account the fact that hiring/firing of public service employees happens at the office level only. Estimating grid-level effects will lead to the wrong estimation, as it should result in zero estimate for those (almost all) grid cells which do not contain administrative offices, and extremely large values for those (very few) cells, which do.

Using the formulation above, here we would regress:

Where \(T_{ps}\) is the gridded weather for cell \(p\) in time step \(s\), \(g_k(\cdot)\) is the non-linear transformation (e.g., raising to powers for polynomials), and \(y_{it}\) is the dependent variable observed for region \(i\) in reporting period \(t\). Weather data products can have temporal resolution finer than scale of daily observations. Like spatial aggregation, we can do temporal aggregation to month, year, or decade. 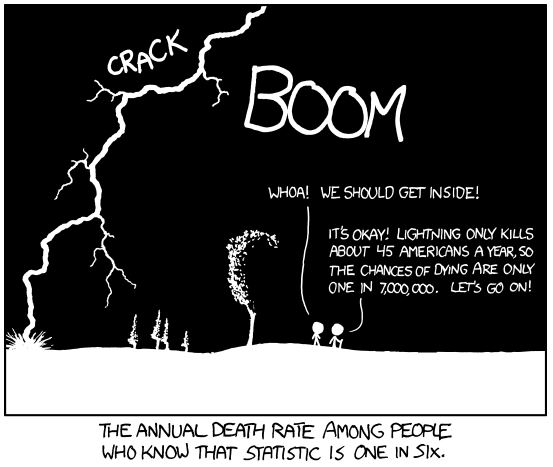